There are over 1,250 species of sharks and rays, and they constitute the cartilaginous fish; this means their skeletons are cartilage, not bone. The conservation status of most of them is, in reality, poorly known, though scientists estimate that ¼ of the species are at risk of extinction. Their biggest threat is from the fishing industry, support our campaign here to encourage stricter labelling of shark products.

Best place to see: Layang Layang, Malaysia between March and May.

Hammerhead sharks are immediately recognisable by their hammer-shaped head and wide-set eyes that give them better visual range than most other shark species. Like many other sharks and rays, hammerheads have ampullae of Lorenzini in their head that detect electric fields created by prey animals. The Lorenzini helps them to hunt their favourite prey: stingrays. 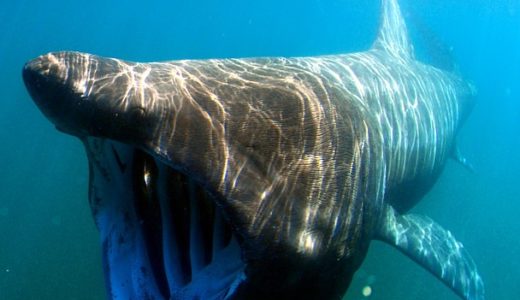 At up to 11 m long, basking sharks are the second-largest shark in the world, yet they only feed on tiny plankton! As filter feeders, they swim through the water with their giant mouth, which can be up to 1 m wide, open. There’s a bit of mystery surrounding them though; in winter, they disappear from the UK coast, and scientists have no clue where they go! 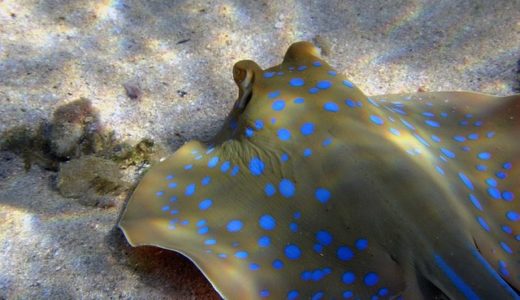 Blue-spotted stingrays love to show off their bright blue spots so enlist the help of cleaner fish to remove parasites from their skin. To feed, they detect electrical currents from prey swimming above them, scoop them up and crush them with the plates in their mouth. 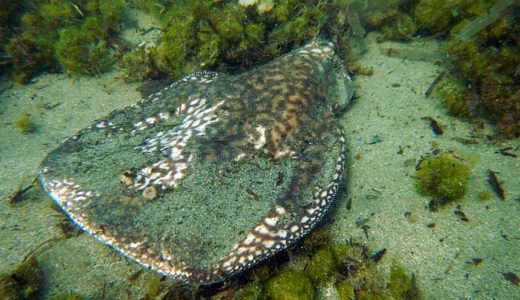 Found on rocky reefs and seagrass beds, marbled electric rays bury themselves in the sand to ambush their prey at night. They are unusual in that they stun or kill their prey by emitting electric shocks from their pectoral fins. They can produce up to 200 volts of electrical discharge a time! 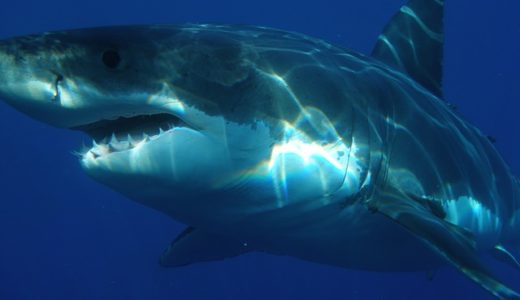 Great whites can swim up to 25 miles per hour and are proficient hunters capable of catching a wide range of prey including marine mammals, fish and other sharks. Interestingly, when turned on their back, great white sharks enter a trance-like state similar to that of being hypnotised. Orca have been seen to use this to their advantage when preying on them. 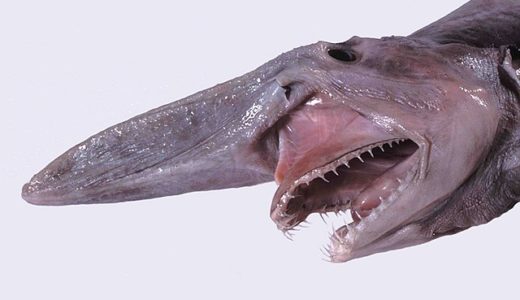 Best place to see: Very elusive; found on continental slopes at depths of more than 100 m

Goblin sharks must be some of the ugliest and creepiest creatures to roam the planet! You’ll be lucky to see one though as they’re very rare and live in the deep sea at depths greater than 100 m. Their look is the only interesting part about them; when ambushing prey, their protractible jaws extend to the length of their snout! 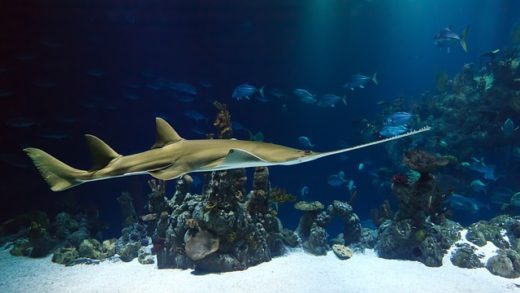 Sawfish are fascinating creatures with long tooth-lined snouts that resemble a saw. As well as looking intimidating, their unusual nose detects electrical signals from potential prey and then helps to stun it or pin it to the floor. All five species are listed as endangered or critically-endangered on the IUCN red list.

Blog series by OneKind Planet writer, Eleanor Moore. Catch up with the other posts in the series by following these links: birds, invertebrates, mammals and reptiles.