Invertebrates lack a backbone or bony skeleton. The diverse group includes not only insects but also many other animals, including jellyfish, spiders, worms and octopuses! There are over 1.3 million described species, though there are likely to be many more!

With so many species, choosing just seven wonders was almost impossible, so here’s my small glimpse into the incredible diversity of the largest group in the animal kingdom, the invertebrates! 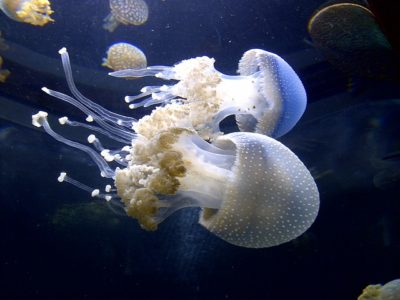 Best place to see the white spotted jellyfish: Western Pacific Ocean, off the coast of Australia

Jellyfish are thought to be the oldest multicellular organisms on the planet; they inhabit all the world’s oceans! They have no brain, can clone themselves, and some even glow in the dark! This white spotted jellyfish is native to the Western Pacific Ocean and can filter up to 13,000 gallons of water a day!

No invertebrate wonder list would be complete without the mysterious colossal squid that inhabits the oceans around Antarctica, Southern South America and South Africa. Although estimated to grow to 36–46 ft long and weigh up to 1650 lb, very little is known of the species due to its elusive nature and love of deep water; it lives 1.4 miles down in the deep ocean! Of the nine specimens ever collected, seven were in the stomach of sperm whales. 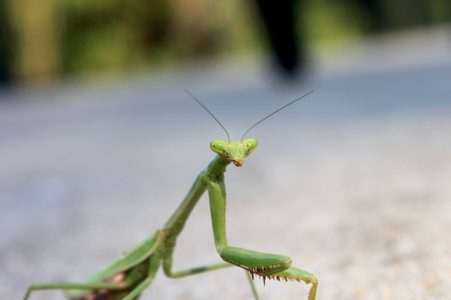 Praying mantis are carnivorous invertebrates that ambush and attack their prey. While many species feast on other insects, some are known to eat small birds! They are excellent predators; they can turn their head 180 degrees and have specialised arms to catch prey. Watch out if you’re a male though – in around 15% of cases, the female decapitates and eats the male after mating! This is thought to be so she can provide extra nutrients for the eggs. 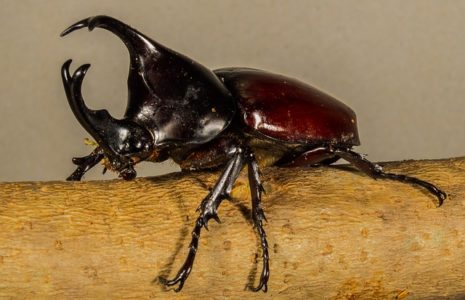 Rhinoceros beetles are part of a subfamily of scarab beetles. It’s a fascinating group that contains the largest beetle in the world, the Hercules beetle that grows up to 6 inches in length! All rhinoceros beetles have a signature horn on their head, like the rhinoceros, and are extremely strong; some species can lift 850 times their body weight. Watch this fantastic video of a Rhinoceros beetle metamorphosing to see just how amazing they really are! 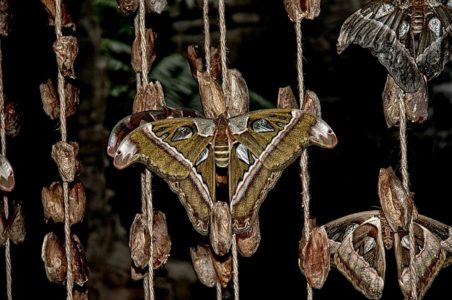 The Atlas moth is native to Southeast Asia and is one of the largest moth species in the world with a wingspan of over 11 inches. Adult moths live for only two weeks and never eat, relying instead on stores of energy built up as caterpillars. They spend all their time looking for a mate! 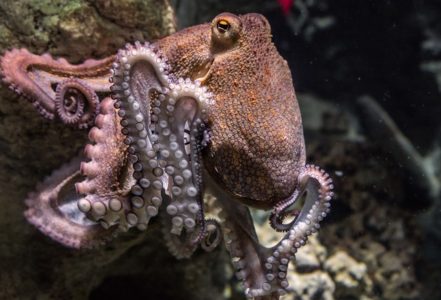 Not only do Octopuses have eight arms, but they also have three hearts and blue blood! The blue colour comes from a copper-based protein called hemocyanin that carries oxygen around their body in the same way iron-based haemoglobin does for us. It’s this that enables them to survive extreme temperatures. They are extremely intelligent invertebrates and can solve problems, navigate through mazes and complete other complex tasks. 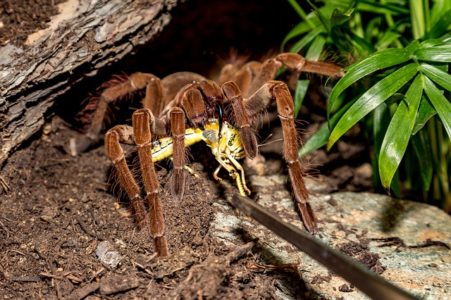 The Goliath birdeater is a giant spider native to the South American rainforest. It is one of the largest spiders in the world, weighing over 6 oz and with a leg span of 28 cm! Luckily if you manage to find one, you need not worry because it’s venom is similar to that of a wasp sting. Females live up to 25 years, while males only up to 6 years. When threatened, they rub their legs together to make a hissing noise.