Fish are vertebrates that have gills and live in water. There are two types, bony fish and cartilaginous fish. While there are many differences between them, the main one is the skeleton. Bony fish have a skeleton of bone while cartilaginous fish have a skeleton of cartilage. Here, we are looking at bony fish, of which there are over 30,000 species! 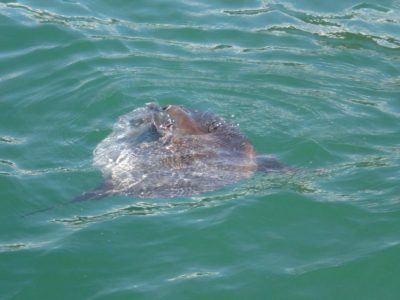 Best place to see: These giant creatures can even be seen off the coast of the UK during summer feasting on jellyfish.

Unique and easily recognisable, sunfish look like giant floating heads! They are the heaviest known bony fish on the planet and inhabit temperate and tropical oceans throughout the world. Currently listed as vulnerable on the IUCN red list, sunfish are at risk from bycatch and ocean rubbish. Like turtles, they feast on jellyfish and are susceptible to suffocation through plastic bag ingestion. 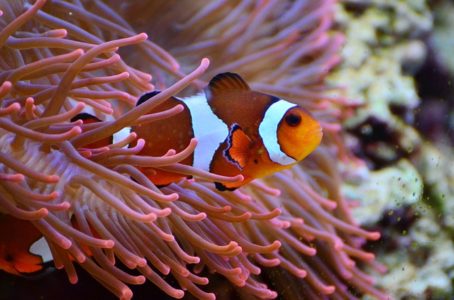 Made famous by the Disney Pixar movie, Finding Nemo, clownfish are hard to miss – just look for the distinctive orange and white stripes hiding amongst the sea anemones. The relationship between clownfish and sea anemones is a symbiotic one, meaning they both benefit – the anemone offers protection and food while the clownfish defends the anemone from predators and parasites. Even more fascinating is the fact that clownfish are born male and may develop into females later in life. There is a strict hierarchy in groups and only the dominant male and female mate. Females lay eggs while the male guards. 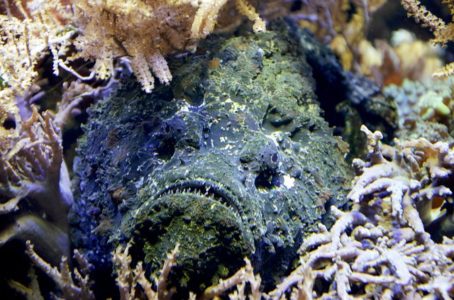 Stonefish are the master of disguise, blending into the seafloor to ambush their prey. Moreover, they are the most venomous fish in the world. Venom glands in the fin spines are automatically released if you put pressure on them as a defence mechanism.

Lungfish possess both lungs and gills and can breathe in and out of water; there are six species. West African and South American lungfish go into estivation (like hibernation) to survive dry seasons. They burrow into the mud, secrete a mucus cocoon to protect themselves and use their lungs for breathing until the water returns. 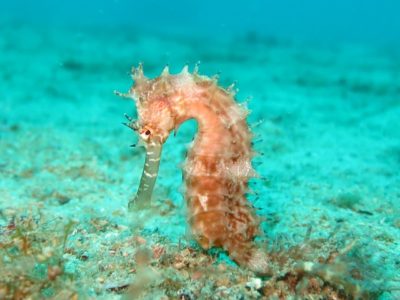 Seahorses are the only animal in which the male bears the unborn young! The female deposits her eggs into the male’s brood pouch where they remain for up to 45 days until ready. Seahorses are usually monogamous and mate for life.

Deep-sea fish are some of the most bizarre fish species, and adapted to living 1,000–4,000 m below the surface of the ocean, the humpback anglerfish is no exception. Females ambush their prey using a bioluminescent lure at the end of an extended spine. At up to 18 cm big, females are bigger than male, which only grow up to 2.9 cm!

Found in shallow tropical waters,  frogfish employ camouflage to lie in wait for their prey. Most species have a lure that looks like a worm to attract prey which is immediately swallowed once close enough! Their reactions are so fast an attack lasts only six milliseconds.

We often forget about the oceans when thinking about the impact we have on the planet. However, issues such as overfishing and plastic pollution are causing a crisis under the sea. Please help by visiting our AnimalKind pages – Top 10 things to think about before buying fish and Top 10 ways to reduce your plastic waste – and support our campaign to reduce the impact of ghost fishing.