September is upon us and so is autumn. The incoming cold may make you want to curl up inside with a hot chocolate, but don’t let the weather stop you getting out and about – autumn is the perfect time to spot wildlife in Scotland and one of the best sights to look out for is the annual Red Deer rut. 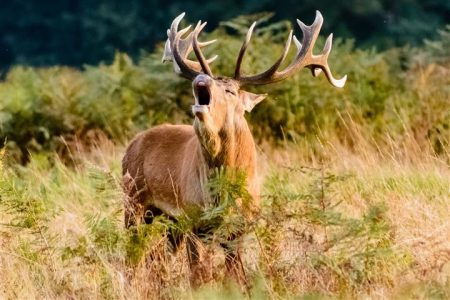 Red Deer are the largest land mammal in Scotland, with shoulder height reaching around 1.2 m and body length 1.7–2.6 m. Size does vary with habitat though, as those that live in woodlands tend to be larger than those that live in the open. The large branched antlers of males can be over 1 m long and have up to 4–5 points; they drop off in spring but regrow in time for the breeding season.

Widespread across Scotland, Red Deer inhabit woodlands, forests and open moorlands on hills and mountains. Whilst they tend to stay in remoter areas during summer, they venture to lower ground in autumn to take advantage of plentiful food sources; it can be a great time to see them. 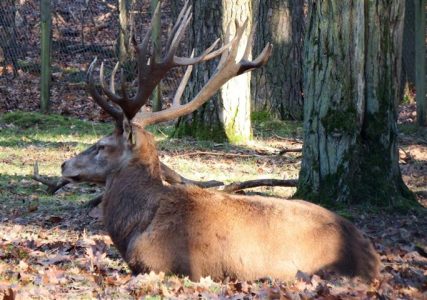 As one of the best wildlife experiences in Scotland, the Red Deer rut is definitely worth a watch – but don’t get to close; observe from a distance!

Ruts, which can be seen and heard throughout the breeding season (September and November), are a demonstration of strength. Males compete for dominance and female mating rights by engaging in battles with each other. Ruts can be violent and end in injury or death, but fighting is actually a last resort; they are more about elaborate visual and acoustic displays. Rivals compete by bellowing and grunting and by parallel walking – strutting next to each other so they can size each other up. Stags may also wallow in their own urine or cover their antlers in vegetation to make themselves appear bigger.

Where to see the red deer rut

There are plenty of opportunities to see Red Deer ruts across Scotland, so keep your eyes and ears open for signs, especially around dawn and dusk as this is when they are most active. Some of the prime spots include the Isle of Arran in Ayrshire and the Isle of Jura and Isle of Rum in the Inner Hebrides.