The 22nd of September was world car-free day – did you abandon your car? At the end of 2018, there were 38.2 million licensed vehicles in Great Britain. That’s a lot. And they have such a huge environmental impact.

The Problem with Cars 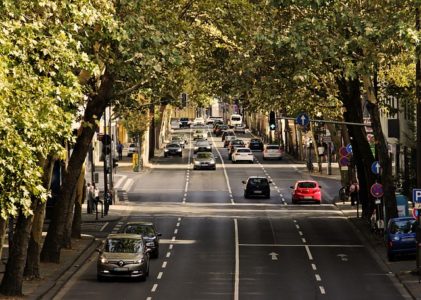 There are many great things about cars. They allow us to explore new places, grant us flexibility and give us independence. But, are they worth it? Every time we get in a car, we’re damaging our environment through greenhouse gas emissions. They are also having a negative impact on the air we breathe, with over 80% of people in urban areas exposed to air quality levels below that recommended by the WHO.

In 1994, a speech at the Accessible Cities conference in Toledo (Spain) called for the implementation of such events and the first World Car-Free Days were organised in Reykjavik (Iceland), La Rochelle (France) and Bath (UK) in 1996. Since then, there have been Car-Free days worldwide in cities including Toronto, Jakarta, Washington DC, Singapore, London and Edinburgh. This year, cities across the country closed off streets to cars to celebrate and open up the roads to walkers, cyclists and more.

Many cities have gone further, too. In May, Edinburgh was the first UK city to join the Open Streets movement, closing a network of streets to cars on the first Sunday each month to create a ‘people-friendly’ route around the historic Old Town. In Bogotá (Columbia), every Sunday afternoon, 75 miles of roadway are turned into the Ciclovía (Bicycle Way).

Be a positive driving force

While an organised car-free day is great publicity, real change takes more. There’s loads you can do, but the main thing is, think before you drive – can you walk, cycle or take public transport instead? It may well be easier than you think, and you’ll get satisfaction from knowing you’ve reduced your carbon footprint.

If you have to drive, try and do so in an eco-friendly way. That means, for example, keeping your car in good condition so it runs efficiently, avoiding sudden acceleration and breaking and using the correct gear. Also, keep the weight down – if you have a lot of heavy unnecessary stuff in your car, move it indoors!

If you’re in the market for a new car. Shop around and consider exploring alternatives such as electric and hybrid cars.