Imagine spending your whole life trapped inside a small cage, forced to provide for humans yet unable to move or perform any of your instinctive behaviours. Sounds horrible, right? Unfortunately, this is the reality for millions of farm animals that are penned in, all so we can have our supply of meat, eggs and dairy products. It needs to change. 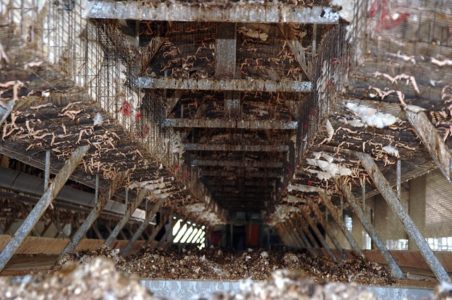 The truth about battery hens

In the USA, battery cages are still the most common method of keeping egg-laying hens.

Hens are packed into small cages, unable to move, stretch their wings or perform natural behaviours such as scratching in soil. Most never see daylight or get to experience the joy of fresh air. The cramped, unnatural conditions lead to illness and abnormal behaviours, such as feather plucking and cannibalism. Hens often have bald patches on their bodies and injured feet from the wire cage; they also have their beaks cut off in a procedure known as beak trimming.

Are furnished cages any better?

Battery cages were banned in the European Union in 2012. Since then, furnished cages have become popular. But, are they any better?

While it’s true that hens in furnished cages do have slightly more space to move than those in battery cages and have perches to rest on, the benefits are few. They still spend much of their life standing on wire and are unable to flap their wings or perform other behaviours. The conditions are just as bad. 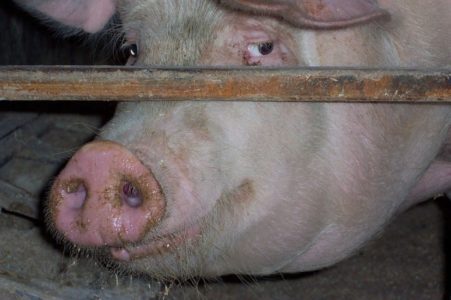 How cages cause aggression in pigs

Under natural conditions, pigs live in stable family groups, where piglets learn how to handle aggression through play. Taking piglets away from their mother before they would usually part leads to abnormal behaviour. Piglets still want to suckle, but in the absence of their mother, they start sucking their pen mates’ tails and ears, causing them serious injuries. To prevent this, farmers often cut off piglets’ tails. This can reduce the sucking behaviour, but not the internal suffering caused by lack of stimulation and early removal from their mother.

Placing piglets from different litters into the same cage also triggers aggressive behaviour – would you want to spend your life trapped in a small space with strangers from another family?

Lactating from a pillory

Under natural conditions, a sow would build a nest for her piglets and perform a ritual before allowing them to suckle. She makes noises with her nose in the leaves and grass, attracting the piglets to her head, where she can see them. This way, she can make sure that she won’t lay on them before feeding time, which would be fatal. To save space and litter, farmers put lactating mothers in a farrowing crate, which restricts their ability to move.

Take action now by signing the petition! Reduce your meat, egg and milk consumption and buy from humane farmers!