Grizzly bears are iconic members of North American fauna.  As top predators, they play an important ecological role; they regulate overgrazing by other animals and disperse seeds. For the past 40 years, they have been on the endangered species list. Within that time, the population within the Yellowstone National Park has grown from 150 to over 700 individuals.  However, their protection is under threat as the US Fish and Wildlife Service debate removing their status as an endangered species. If this happens, hunting may be able to occur outside of the National Park. 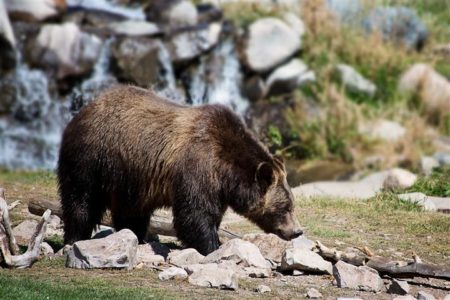 Bringing back hunting threatens the welfare of grizzly bears. It is not just about the individual bears either, shooting females could leave cubs without a mother. In terms of conservation, it is a backwards step. Grizzly bears are already at risk from climate change; we don’t need to add hunting to the problem as well. Take action to protect Yellowstone grizzly bears by signing this petition against its removal from the endangered species list.