This month, we are supporting SPCA Montreal in their fight against cat declawing. Read on to find out why! 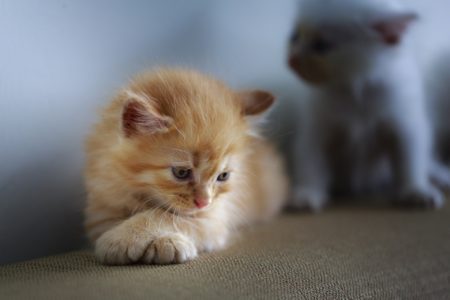 What is cat declawing?

While it seems self-explanatory, the term “declawing” is misleading. Cat claws are not like human nails; they grow from the bone. Declawing, therefore, involves amputating a cat’s toes at the third joint, in a procedure known as onychectomy. It’s the equivalent of removing all ten of our fingertips at the last knuckle. On top of that, it severs the tendons, nerves, and ligaments that enable the paw to move and function.

What problems does cat declawing cause?

Declawing causes many problems for cats. The surgery itself is risky and can result in permanent lameness, arthritis, and other long-term health complications. It is so predictably painful that pharmaceutical companies use declawing to test the effectiveness of new pain medications.

Removal of claws prevents cats from communicating and displaying natural behaviours such as claw sharpening and climbing, which leads to welfare and behavioural problems such as aggression. Claws are also a cat’s primary defence mechanism; declawing leaves cats unable to defend themselves against other animals.

How you can help

Declawing is already illegal in many countries, and Great Britain’s College of Veterinary Surgeons describe it as “unnecessary mutilation.” However, it is still common across North America; 25–43% of all cats in American homes are declawed. The Montreal SPCA is campaigning to ban declawing in Quebec, and they’re so close to reaching their goal – sign their petition to help get them one step further!