OneKind recently discussed the large numbers of Atlantic Salmon that are part of the aquaculture industry. 43 million fish were placed into sea farms in Scotland in 2016, and in the same year 35 million were slaughtered for consumption. It is easy to get lost in these large figures, but it is important to remember that every fish in the salmon farming industry is an individual, capable of feeling pain. With this in mind, here are five facts that highlight just how unique each individual salmon is. 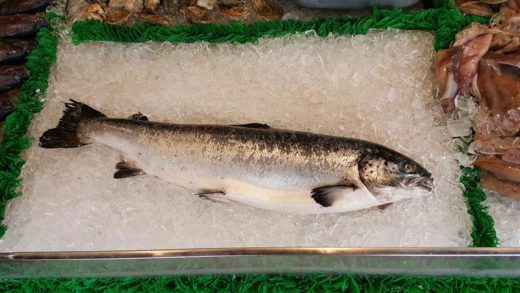 Like us, salmon have personalities. Evidence of personality (consistent differences in behaviour) is ubiquitous across fish species, including sticklebacks and guppies. Evidence for personality in Atlantic salmon has been shown by researchers who found that individual salmon differed in their avoidance behaviour. When exposed to an object they had never seen before (a “novel” object) or a model of a predator, it was found that some fish would avoid these more than others. The shyer, more wary fish, were quicker to move away from the novel object and model predator than their bolder counterparts.

Individual salmon have been shown to differ in the spot patterns on their gill coverings. Researchers have shown that their patterns are so unique that it is possible for humans to distinguish between individuals.

During territorial disputes, scientists noticed that the colour of “loser” fish darkened. On further investigation of this, it was found that once the colour of the fish’s body became darker, they faced reduced attacks from the aggressive fish. It is therefore suggested that darkening of the skin is a form of communication. Through this, the loosing fish is letting the aggressive fish know that they are submissive, which prevents them from being subjected to further attack.

Whilst this is not something that has yet been researched in Atlantic salmon, it is a good example to show that all fish are not the same. It would be interesting to see whether such behaviour occurs in Atlantic salmon. 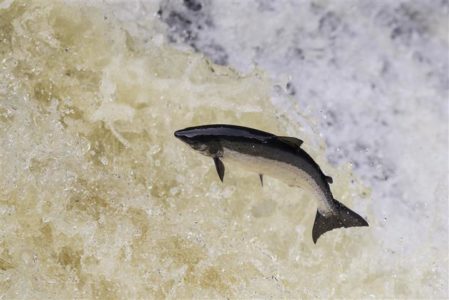 Evidence that salmon are capable of feeling pain is shown by the fact that exposure to a noxious stimulus caused stimulation in the area of their brain called the telencephalon. Furthermore, injury caused by vaccination has been shown to reduce swimming behaviour in Atlantic salmon. This shows that Atlantic salmon change their behaviour in response to an adverse experience.

Overall I think you’ll agree that salmon are pretty amazing! Unfortunately, these incredible animals are suffering on fish farms in Scotland. Be this through disease and parasites, industry practises, treatments or other factors. If you would like to discuss any of this, or anything else to do with salmon then please send me an email at [email protected].