Yellow-Billed Hornbills are a distinctive bird that is widespread in South Africa, including in Kruger National Park. They are also called 'flying bananas' because of their huge bills that are yellow and look just like bananas! 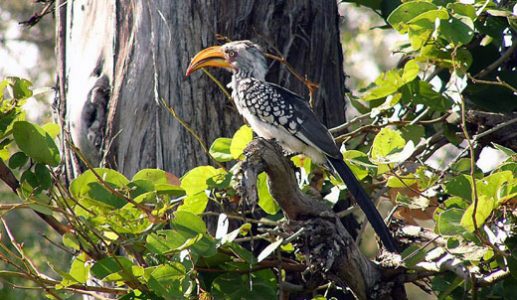 Amazing Facts About the Yellow-Billed Hornbill