Hunted to extinction for their horns, these two-horned Rhinos had very poor eyesight and have been known to use birds (oxpeckers) as an early warning system of approaching threats! 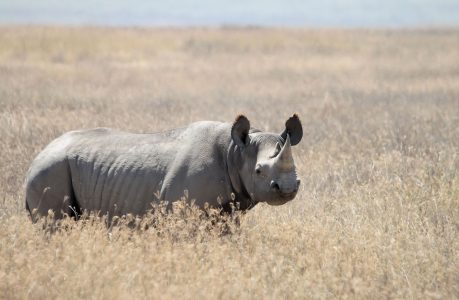