Water Voles are water loving mammals, living in burrows by the sides of rivers. They are hunted in Russia and considered a "pest" in much of Europe. 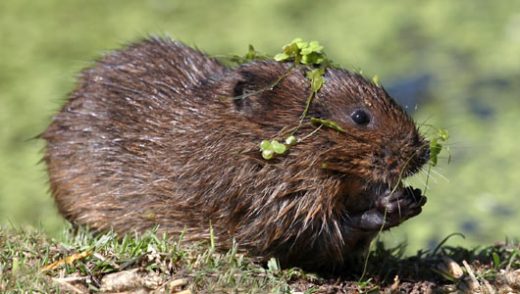