A unique, small South American monkey that is easily recognizable due to its striking bald head and bright red face. 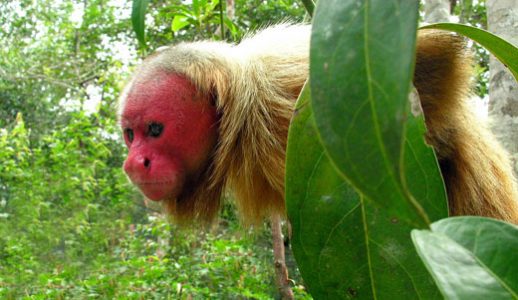 Amazing Facts About the Uakaris