The sloth is the world's slowest mammal, so sedentary that algae grows on its furry coat. 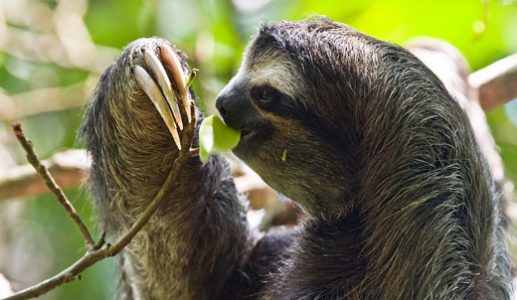