The Garden Skink is the most common skink found in suburban gardens around Victoria, Australia. It is found over most areas of the state except the semi arid northern and western regions. It lives in a variety of treed habitats. 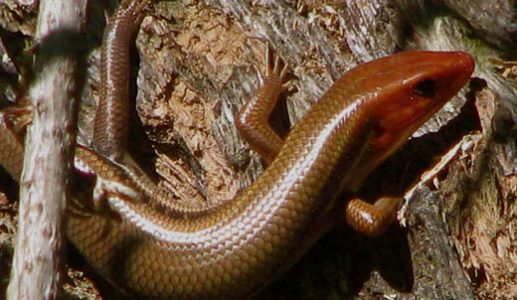