Basking sharks can be found in temperate waters around the globe and are the world’s second largest living fish reaching an impressive 8 metres (that’s almost the length of two cars). 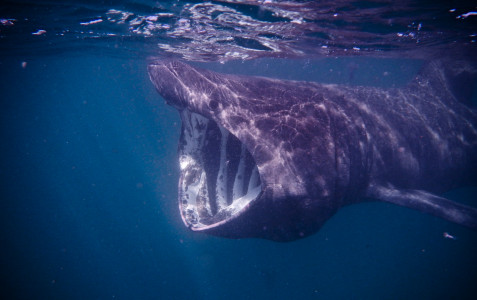 Amazing Facts About the Basking Shark