Olive ridley sea turtles return to the beach on which they hatched to lay their eggs, some travelling over hundreds of miles to return to the same spot. 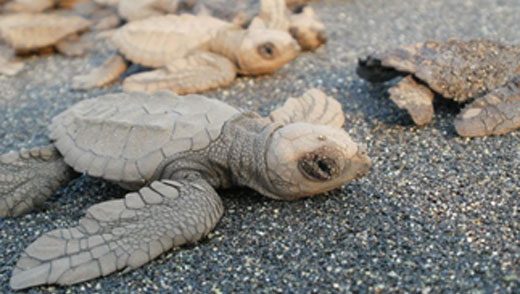