The Leatherback Turtle is the 4th largest reptile in the world - heavier than some rhinos! 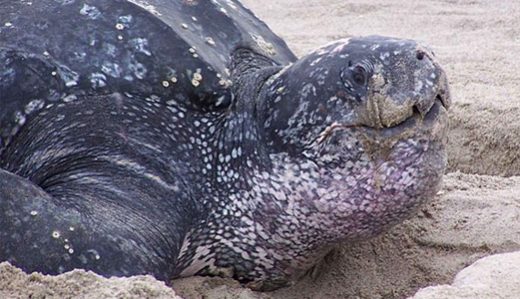