Hawksbill Turtles are able to feast on sponges that are toxic to other animals. 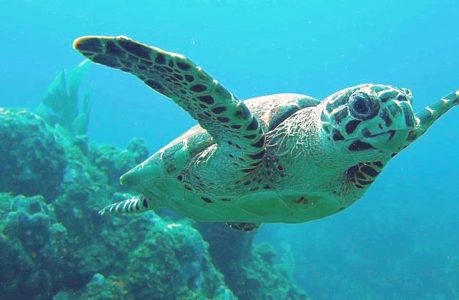