The Sumatran Rhino is the smallest and hairiest of all rhinos. Their favourite pastime is wallowing in mud baths where they relax for up to 300 minutes per day! 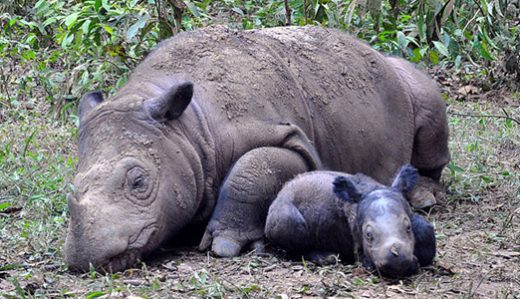 Amazing Facts About the Sumatran Rhinoceros