When threatened ostriches run although their powerful, long legs can be formidable weapons, capable of killing a human or a potential predator like a lion with a forward kick. 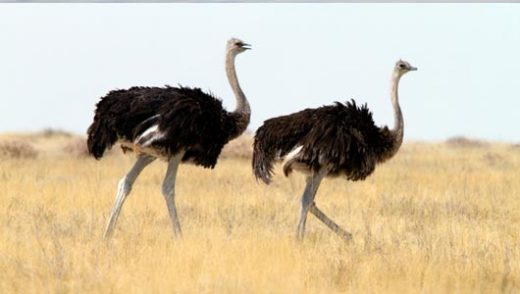 Amazing Facts About the Ostrich