A male moose has a ‘dewlap’, a dangling flap under the chin. The size and shape of the dewlap may indicate dominance level. Males also use the dewlap to scent mark females by rubbing it against them during the mating season. 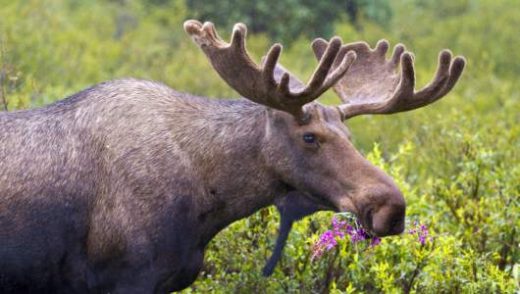 Amazing Facts About the Moose