Hippos bask on the shoreline and secrete an oily red substance, which gave rise to the myth that they sweat blood. The liquid is actually a skin moistener and sunblock that may also provide protection against germs. 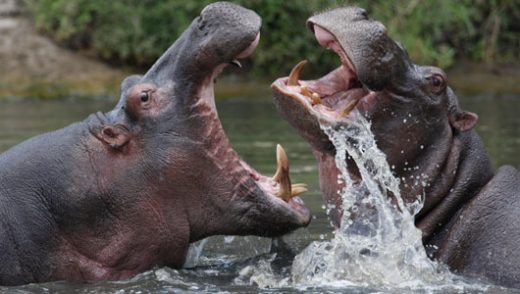 Amazing Facts About the Hippopotamus