Mountain Gorillas eat for up to 5 hours per day. 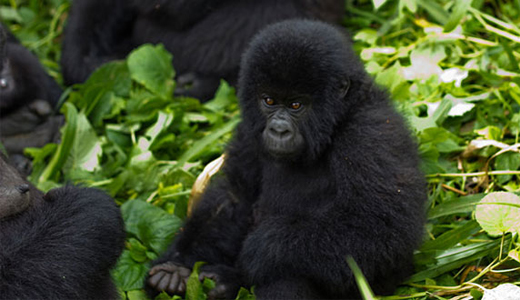 Amazing Facts About the Mountain Gorilla