Living up to its name, the Galapagos Giant Tortoise is the biggest tortoise in the world. They're also one of the laziest, sleeping for nearly 16 hours a day! 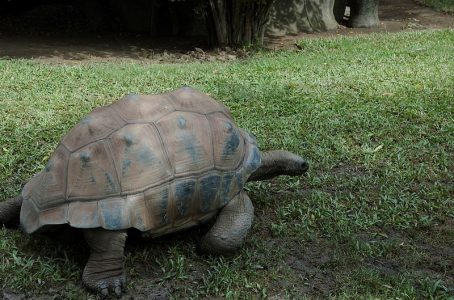