Chinese giant salamanders are the largest amphibians in the world. 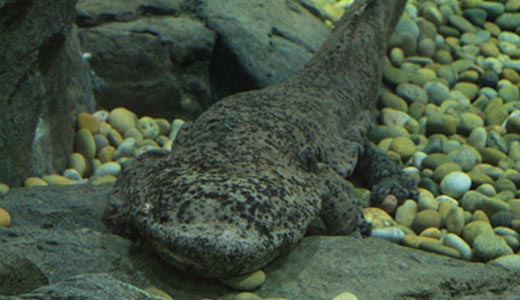