A large, bright-orange butterfly whose migratory North American populations travel distances of up to 3,000 miles. Habitat change, climate change and widespread use of insecticides and herbicides are causing monarch population declines. 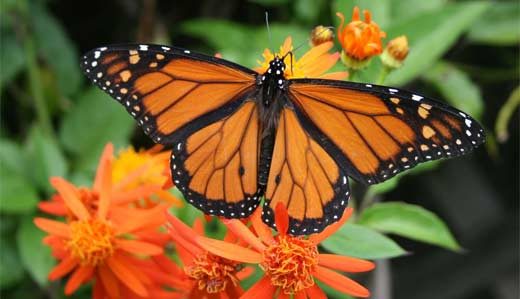 Amazing Facts About the Monarch Butterfly