There are three castes of bumblebee: the large Queen; the smaller female worker bees; and the males (drones), which are very small relative to the others. 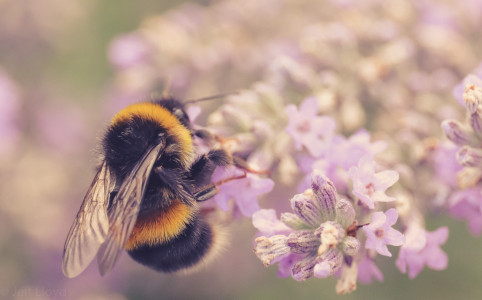 Amazing Facts About the Bumblebee