These majestic animals cross vast distances in huge numbers when migrating to find food and water. 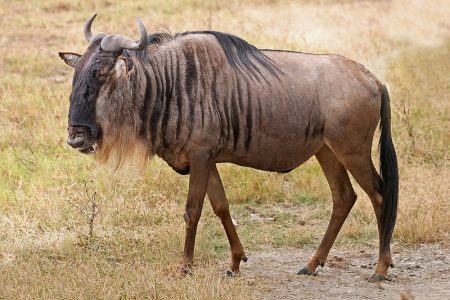 Amazing Facts About the Blue Wildebeest