Translated from Spanish to mean ‘little armoured one’, armadillos are the only living mammal with such a shell! 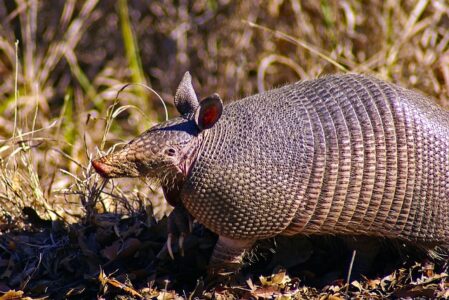 Image by Mike Goad from Pixabay.

Amazing Facts About the Armadillo