The Amazon River Dolphin flushes a brighter shade of pink when it is surprised or excited. Just like a human blushing! 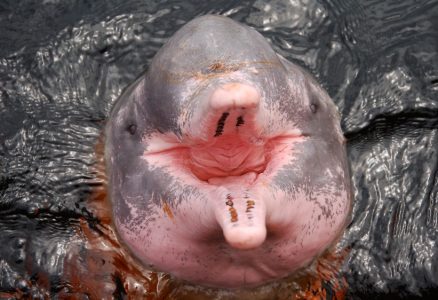