As humans, we can mentally put ourselves in the shoes of another person and imagine how they must feel at a particular moment. It can change the way we behave and alter our feelings towards them, but do other animals also have this ability?

Do animals show empathy is a fascinating question; come and explore the scientific research with us!

We can define empathy as ‘the ability to share someone else’s feelings or experiences by imagining what it would be like to be in that person’s situation’ [1]. It requires emotional intelligence and imagination; traits people rarely attribute to animals.

Potential indicators of empathy in humans include consolation, grieving and altruism, which means to act out of concern for others. We know less about empathy in animals, though evidence currently suggests it is more likely in social species or those that live in groups, which suggests it may have evolved as a way to increase survival [2].

Here we look at three examples that will help us to answer the question ‘Do animals show empathy?’ 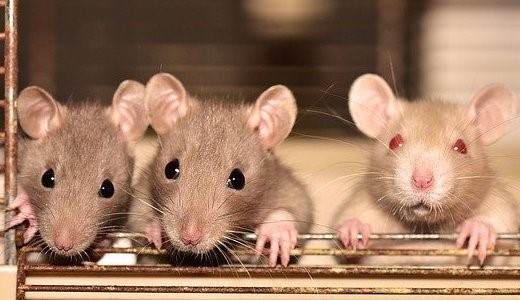 Altruism occurs when an individual performs an action that benefits another, often at no benefit or a cost to themself. For example, you give your snack to a hungry friend even though you are hungry yourself.

Rats are intelligent but perhaps not a species you would think of as altruistic. A study published in 2011 [3] placed a rat in an area containing a cage-mate trapped in a ‘restrainer’. After some time, the free rat learnt to open the cage and release their companion, even when it meant they didn’t come into contact with each other. In a further experiment, they found that when given a choice of two restrainers, one with a chocolate treat and the other with a companion, the free rat opened both and even shared their reward. This demonstrates that rats will assist a companion in distress without necessarily gaining anything themselves.

Read more about rats on our A-Z page here. 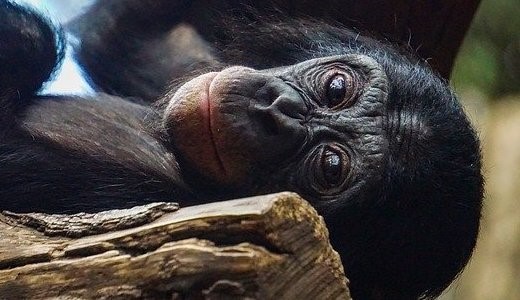 A study published in 2010 [4] discussed how consolation, or providing comfort to another individual to make them feel better, has been used to demonstrate empathy in human children. Similar examples of consolation have also been
observed in chimpanzee troops. Consolation is thought to reduce stress and repair damaged relationships – this can include behaviours such as offering food and physical contact, for example, grooming or embracing. Like humans, consolation is more likely to occur between ‘individuals who are socially close’ (friends) and females were more likely to show consoling behaviour than males. In the case of fights between individuals, the loser was more likely to receive
consolation if the winner ignored them afterwards, suggesting that other chimpanzees recognise the reasons another may need comfort.

Researchers have suggested [5] that consolation is an excellent example of empathy, where a chimpanzee recognises distress in another individual, is concerned and seeks to reduce the level of upset by engaging in behaviours it believes will help. This is very different behaviour from that demonstrated in other species like Japanese macaques, which offer grooming and physical contact as a form of appeasement after a fight in an attempt to prevent future aggressive
behaviour. It would appear that chimpanzees do not expect any reward for their consoling behaviour, but are merely offering comfort, just as humans would do.

Read our page about chimpanzees here. 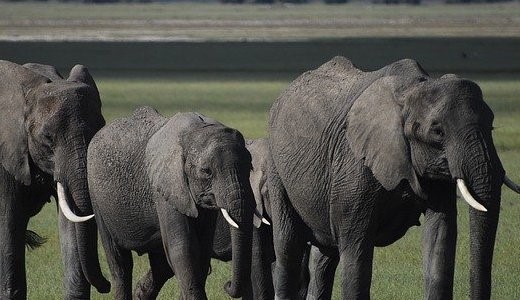 An observational study in 2008 [6] collected together various behaviours observed in elephants and demonstrated how they provide evidence of empathy.  This included protecting and babysitting calves of other elephants as well as their behaviour towards injured or deceased individuals.  An elephant in the study attempted to remove a tranquilliser dart from another individual, while another study published in 2006 [7] explains how an elephant repeatedly tried to lift and support her dying matriarch, before frequently returning to her body in the following days, rocking in apparent distress.  Elephants unrelated to the dead matriarch also visited the body and demonstrated grieving behaviour, suggesting that grief is not restricted to elephants of the same herd [8].

Read our page about elephants here.

These case studies provide evidence that animals can empathise with members of their species. Some studies also suggest animals are capable of empathising with members of other species, including humans. We owe it to them to show the same empathy and compassion back by putting ourselves in their situation and committing to stopping cruel practices that cause pain and suffering to the animal kingdom.