Climate change is a hot topic at the moment, and rightly so, it poses a real threat to our planet – think changing temperatures, sea-level rise, and extreme weather events. But what about the animals? We know that climate change affects all animals from polar bears to bees, though we don’t always know how or indeed how badly. Research is vital to understand this and to find out how best to protect different species – read on to discover some of the biggest climate change-related issues facing animals and what scientists are doing to help.

What is climate change? 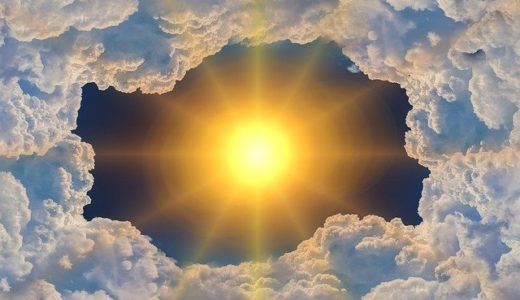 Climate change is the long-term change in average global weather patterns and temperatures. Since the industrial revolution in the 1800s, the planet’s average temperature has increased by around 1°C. That might not sound like much, but for our global climate system, that’s significant. Changes usually occur over thousands of years [1].

Because of climate change, oceans are getting warmer and more acidic, the sea level is rising, and ice caps are melting. Extreme weather events are also happening more often [2]. 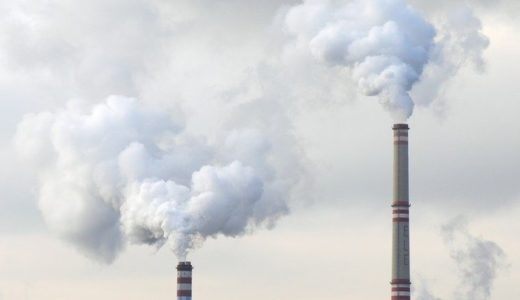 The climate does change naturally, with, for example, volcanic eruptions, changes in the earth’s orbit or the energy radiating from the sun [3]. However, the large scale warming we see at the moment is due to human behaviours such as burning fossil fuels and mass deforestation.

How does burning fossil fuels cause climate change?

To answer this question, we need to first look at the greenhouse effect. Greenhouse gases such as carbon dioxide naturally collect in the atmosphere and form a barrier around Earth. Sunlight passes through this barrier and gets absorbed by the Earth’s surface. Earth then emits infrared radiation back into space; some passes through the barrier, and some gets trapped and works to warm the planet. It’s an essential process that keeps our temperatures consistent [1].

The problem is that burning fossil fuel releases greenhouse gases into the atmosphere. More gasses mean that more infrared radiation gets trapped, and the planet warms [1].

How does deforestation contribute to climate change?

Firstly, forestry is the third biggest contributor to fossil fuel production [4]. But that’s not the only problem. Trees absorb carbon dioxide and thus prevent it from reaching the atmosphere. Cutting them down removes a practical, effective, and natural solution to our climate problem [4].

How does climate change impact animals?

This is a BIG question – climate change has many impacts on animals. It’s destroying homes, reducing food availability, and changing temperatures. Read our case studies to find out how it’s impacting two species specifically. 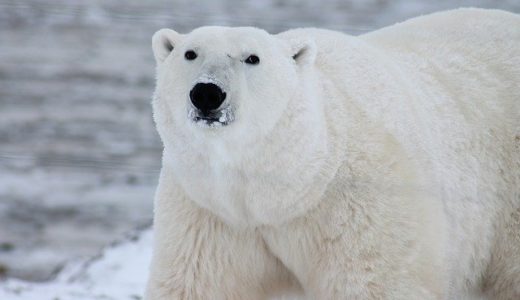 Polar bears are a go-to species when talking about climate change, so it’s only natural we start with them here. In 2015, an International Union Conservation of Nature (IUCN) report stated that climate change poses the greatest risk to polar bears with a 30% decline in global population predicted over the next 35 to 40 years [5]. The IUCN red list of threatened species currently lists them as vulnerable [6].

The main reason polar bears are so at risk is sea ice loss as they rely on sea ice for hunting seals [7, 8]. A review of sea ice cover in 2016 found that some level of sea ice loss has hit all 19 polar bear subpopulations [9], with a further study stating that sea ice loss is likely to substantially reduce the size of the global population [8].

Other studies on polar bears and climate change – reviewed in [10] – have reported other impacts, such as a change in distribution. More polar bears are seen in coastal areas than ever before, which brings them more into contact with humans, which is another problem. They are more at risk from hunting and of being killed in self-defence. The lack of food causes a decrease in body weight and condition, which in turn impacts the ability to reproduce and raise cubs. The mortality rate is higher than before, and life expectancy is shorter.

What are we doing to help?

The main thing anyone can do to help polar bears is to reduce their carbon footprint. Burning less fossil fuel will slow the melting of sea ice and give polar bears a chance at survival.

More specifically, scientists monitor polar bear populations and their essential habitat, with the potential to protect key habitats and nursery areas by keeping them free of humans and industry. Charities such as WWF work with local communities to reduce conflict between humans and polar bears and to promote sustainable tourism, while organisations such as Polar Bears International communicate all the latest findings and keep the plight of the polar bears in the limelight!

As well as being beautiful to look at, coral reefs are areas of high productivity. They support a huge number of different animals that would struggle to survive without them. The problem is that coral reefs are very sensitive to changes in their environment, and climate change is increasing sea temperatures and ocean acidity [2]. If it gets too hot, coral bleaching occurs. This means that coral release the algae – called zooxanthellae – that live inside them and give them their pretty colours as well as most of their nutrients. Corals can survive this and take in the algae again, but many die [11].

A global assessment by the UNESCO World Heritage Centre showed that 21 of 29 World Heritage reefs suffered heat stress and underwent some of the worst bleaching ever recorded between 2014 and 2017 [12]. In fact, 50% of the Great Barrier Reef in Australia bleached in 2016 and 2017 [13, 14]. This is having long term impacts, with a study showing that larval recruitment – the process by which coral larvae grow into adults – saw an 89% drop in 2018 [13].

Studies have also shown that climate change is likely to change the make-up of coral reefs. Faster-growing coral species able to cope with changes in the environment are likely to take over, while other species decline [16].

What are we doing to help?

Again, one of the best ways we can help coral reefs is to be more environmentally-friendly, though scientists have a few other tricks up their sleeves too. For example, they are successfully growing corals in both land and sea-based nurseries and planting them in the wild [17]. Other ideas include genetically engineering corals to make them more resistant to environmental changes and storing genetic material to preserve species for the future [17].

A final thought on climate change and animals 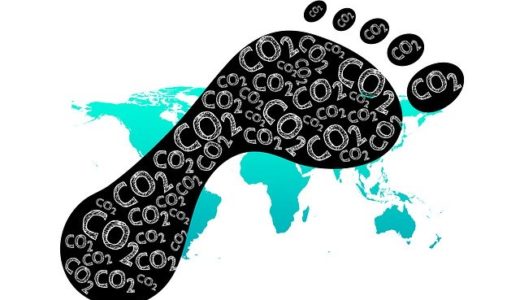 Climate change has the potential to change the planet as we know it. All animals are at risk with extinctions a real possibility. The best thing we can do is to try and reduce our carbon footprint by:

For more tips, read our Top 10 tips for an environmentally-friendly lifestyle.